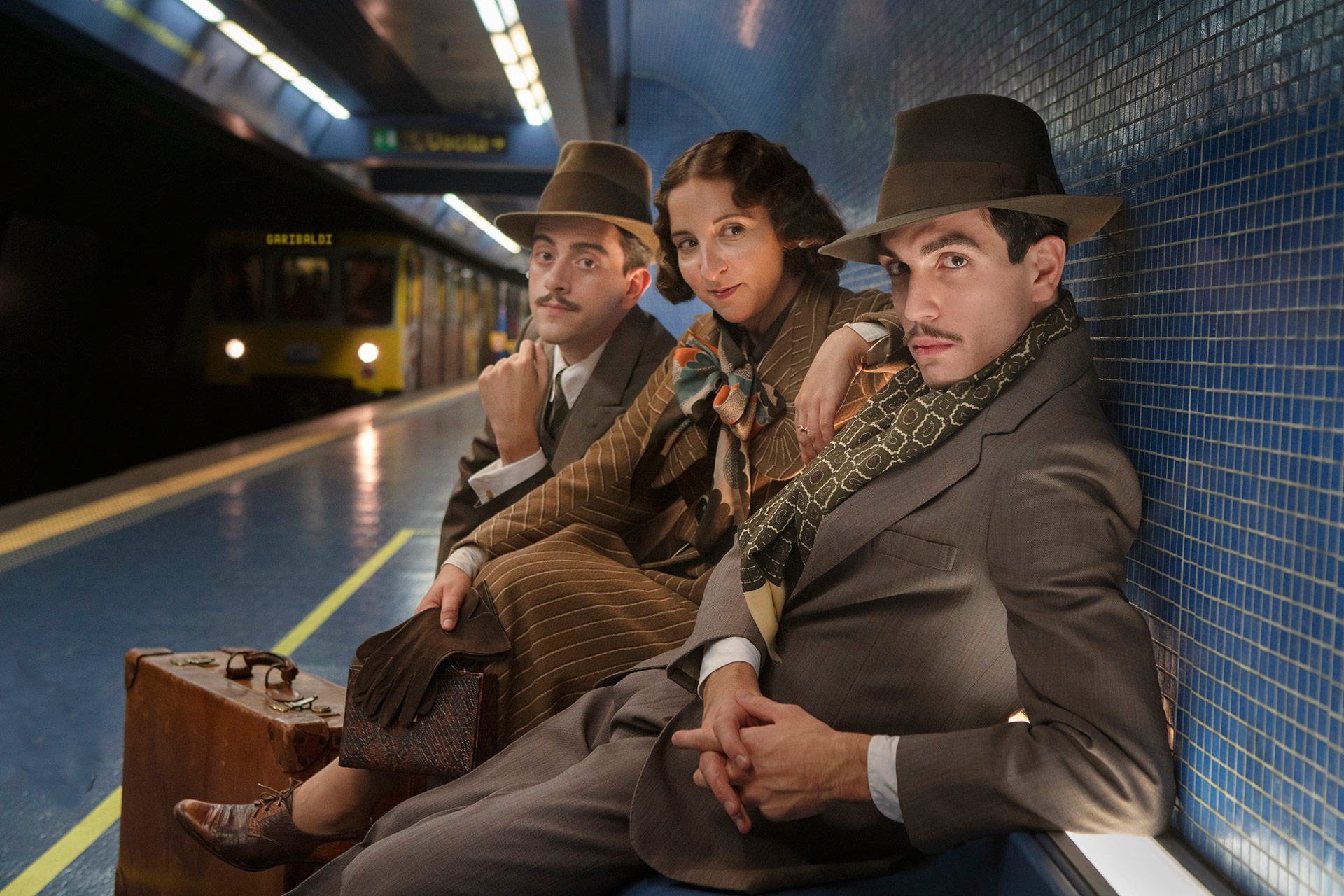 It is the beginning of the twentieth century, the three brothers Peppino, Titina and Eduardo, live with their beautiful and young mother, Luisa De Filippo. There is no father in the family, or rather he hides in the shoes of “uncle” Eduardo Scarpetta, the most famous, rich and acclaimed actor and playwright of his time. Scarpetta, while not recognizing the three natural children, introduced them to the world of theater as children.

On the death of the great actor, his legitimate children share his inheritance, while Titina, Eduardo and Peppino are entitled to nothing. To the three young men, however, “uncle” Scarpetta passed on a special gift, his great talent, which, on the other hand, did not reach his legitimate son Vincenzo, also an actor and playwright, who became the owner of his father’s company.

The redemption from the painful family history passes through the formation of the trio De Filippo, a dream cherished for years by Eduardo and his brothers and finally realized, overcoming difficulties and conflicts.

That of the De Filippo is the story of a family wound that turns into art. And of three young siblings, who, by joining forces, give life to a completely new way of telling reality with a vision that reaches into the future.